What we are talking about...

Looking back at Harris Federation in 2019 Rss

The past year has been a great testament to the hard work of our teachers, senior leadership and outstanding students across Harris academies. Running through some of the great achievements both from staff and students, we commemorate the hard work and dedication put in from and for Harris Federation. Below are some of the highlights of last year!

Running through the academic results of 2019, it was yet another successful year for sixth formers in the Harris Federation. With a special nod to Harris Westminster Sixth Form, giving priority to disadvantaged teenagers from in and around London who show high academic potential. Since opening in 2014, it has sent 67 students to Oxford and Cambridge with the Sixth Form had its’ best year yet with 27% of students achieving A*AA or better. In conjunction with 24 students on their way to Oxford or Cambridge, Harris Westminster Sixth Form has been named Sixth Form of The Year by the Sunday Times.

The amazing work continues across the Federation with Harris Academy Greenwich, where students achieved 45% A*-B in A level and over 80% Distinction or Distinction* in vocational courses. Harris Garrard Academy’s first cohort of Sixth Formers also completed their studies this summer and achieved 90% A*-C in their A levels. Harris Academy Tottenham achieved its best results to date including in A level maths where 85% of students achieved an A*-C grade! This year, 31 students across Harris Federation met their offers for Oxford and Cambridge, studying towards bright futures whilst changing the face of two of the most elite universities in the world. Well done to each and every student![1]

There are great standouts to mention amongst our academies this year, one of which being Harris Boys’ Academy East Dulwich, gaining a place on the UK Fairer Secondary League Table, as one of the Top 20 schools in the UK as published by the Northern Powerhouse Partnership. The index ranks schools with the consideration of pupils’ background, where an astonishing fifth of schools nationally have seen their place move by more than 500 places.[2] We were lucky enough to catch up on Harris Boys East Dulwich Principal, Peter Groves, to discuss career development and his role as Principal, sharing an important reflection:

“You have to have resilience, you’ve got to have backbone, you’re going to have days that don’t go well, you’re going to have days which go amazingly. And it’s the ability to reflect, learn and come back and try new methods and improve. People who put that in flourish. 63% of our staff train with us now so we’ve got a body of staff here who have trained with us and work with us and really get what we’re trying to do. What’s great about that is anyone who does come in has a model to follow, who’s been in their shoes so it’s a great place to learn your craft.” 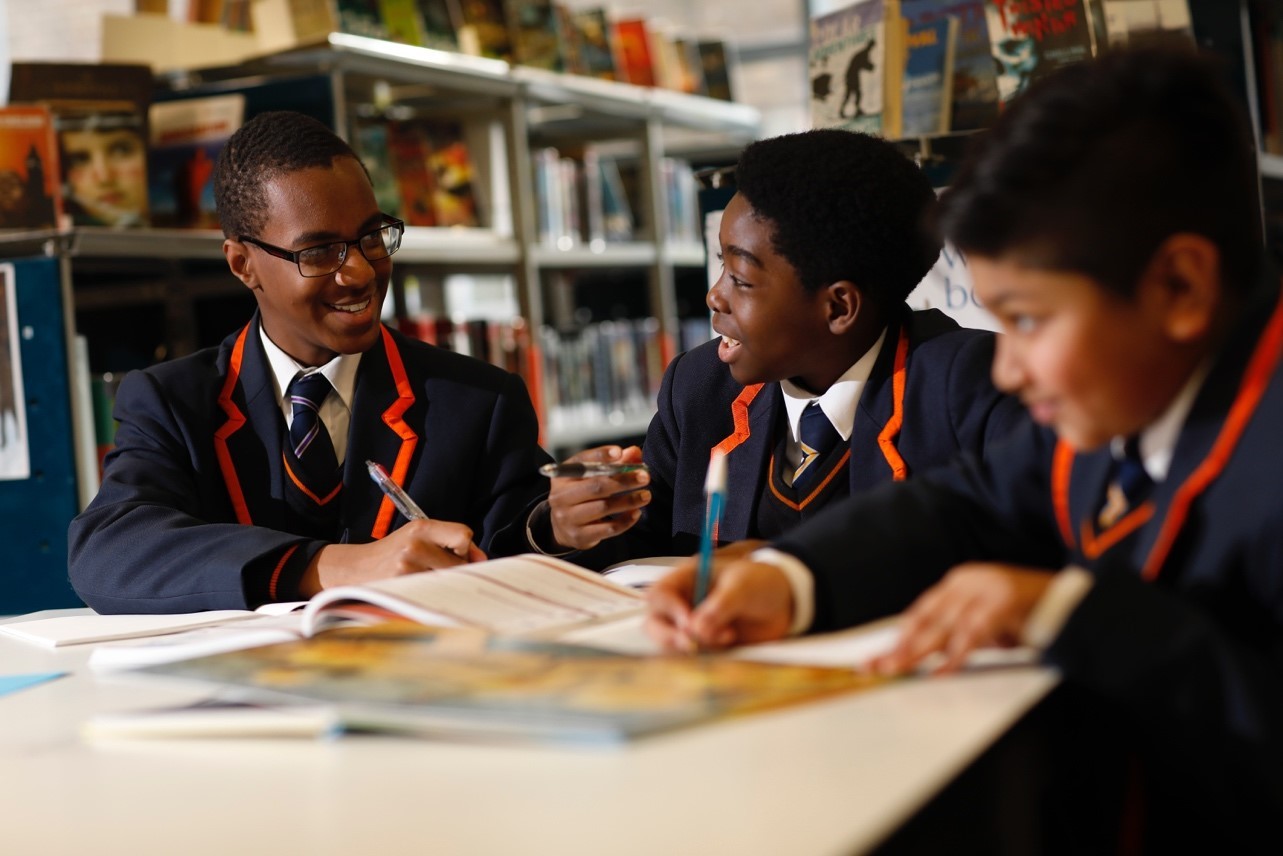 New Additions to the Federation 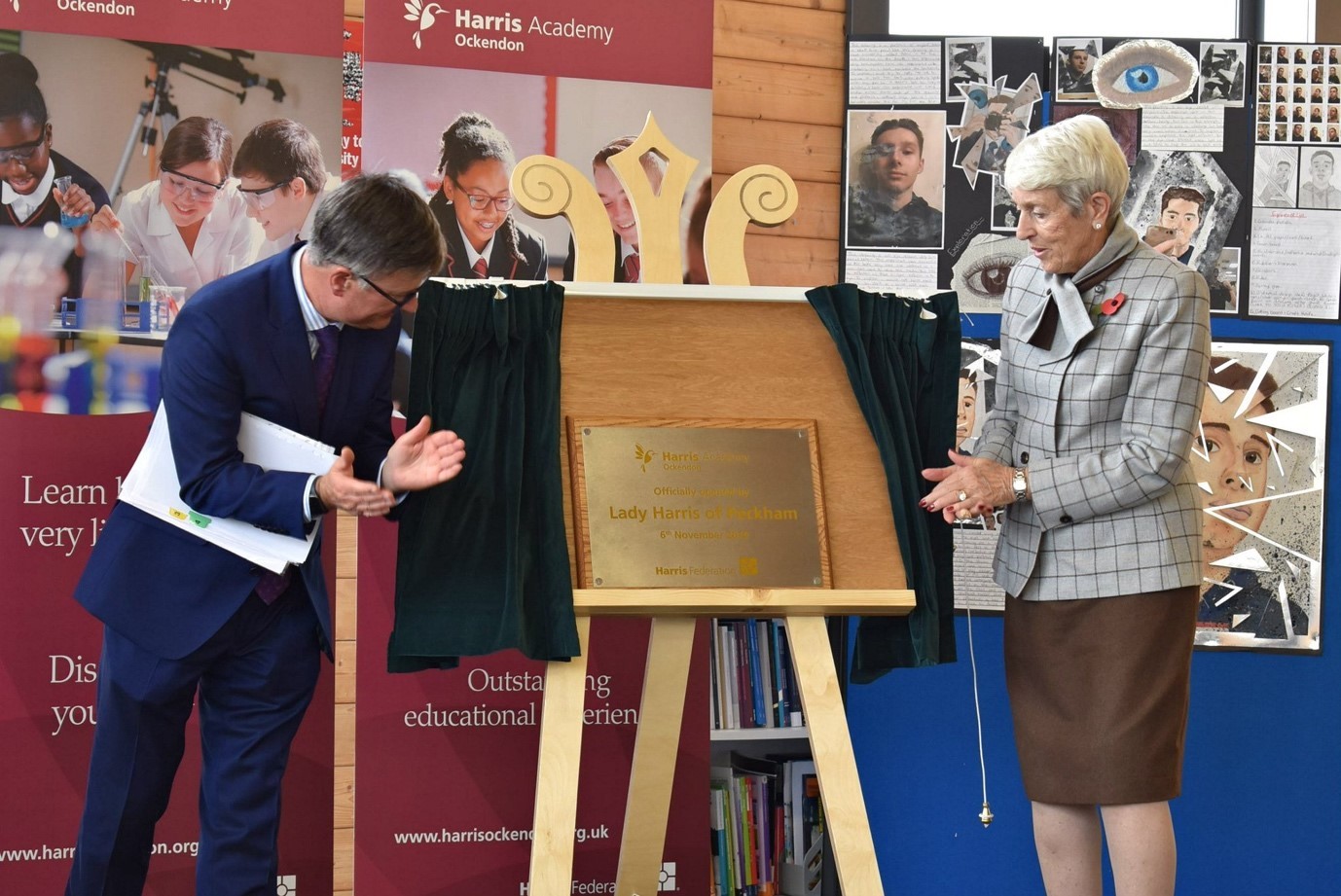 With an established reputation in the region for improving education standards, Executive Principal and National Leader for Education, Mr George McMillan will lead the support for the new academy with Mrs Nicola Graham, Assistant Director of the Harris Southeast sector.

With an exceptional track record in rapid school improvement, Mr McMillan oversaw Harris Academy Greenwich’s transformation from ‘special measures’ to become a heavily oversubscribed academy which is rated ‘outstanding’ in all areas by Ofsted. Mrs Graham is a highly experienced and longstanding senior leader within the Harris Federation and oversees a cluster of Harris academies in Essex, including the ‘outstanding’ Harris Academy Chafford Hundred which she has led since 2011.

With charitable backing from Urban Exposure Philanthropy, the first of the nurseries is based in Peckham, providing 55 hours of free childcare per week for children aged between two and four, almost double the maximum 30 hours currently paid for by the government. The introduction of the scheme removes the cost of childcare as a barrier to parents looking to work or study. The initiative’s aim is to enable parents, particularly mothers and single parents, to study or work, secure in the knowledge that their child is receiving an exceptional standard of care and education. The other places will be allocated to children where all parents in the household are working, seeking work, or studying full time, with those who live closest getting priority.

“It is an outrageous failure of successive governments that the cost and availability of childcare is a barrier to parents working. This affects many families but hits mothers, young parents and single parents the hardest. Amongst wealthy parts of the EU, London has the largest employment gap between men and women of childbearing age, with women far less likely to be in work.

“We hope this free nursery will be the first of many and are hugely grateful to Urban Exposure philanthropy for its support and backing.”

Randeesh Sandhu, CEO of Urban Exposure had this to share:

“Investing in the education, health and wellbeing of disadvantaged children is of paramount importance. The nursery will be completely free and open year-round with amenities including three meals a day. In addition to meeting the educational and developmental needs of children, it will also address issues such as the affordability of childcare, hunger and food deprivation.

“The fully funded nursery facility gives parents the opportunity to enrol in full time study or employment which would subsequently benefit their family situation. We are proud to be partnering with the Harris Federation for Urban Exposure Philanthropy’s first project and we look forward to funding further nurseries and continuing to provide support to children’s educational projects in the coming years.”

Looking on brightly to 2020

The entries above are only a small insight into the great successes across the Federation in 2019. We are extremely thankful for all the teachers, support staff and central team that continue to do amazing work towards our important mission across London. Looking to the start of a new decade, we have even greater goals, continuing to provide high quality education to children across London.

Best practice and shaping great leaders are an integral part of providing outstanding education. As part of our tried and tested practices, our emphasis on teaching schools and training is recognised as a key component to our ongoing success. Harris Academy Chafford Hundred continues to defy all odds with three times the national average achieving Russell Group university places despite the disadvantaged intake of the school. The DfE recently announced Harris Academy Chafford Hundred as one of the 6 regional Teaching School Hubs to work across the country, aiding neighbouring schools with support and training. As part of a three-year initiative, 200-300 local schools benefit from direct access to the expertise possessed schools dedicated to school improvement.

Working with its’ first cohort of year 7s in 2020, it will grow a year group at a time with our first year 11 cohort starting in 2024. As a brand-new academy in South West London, it will help provide its local community with an excellent education. Alongside to the full national curriculum offer, students will study both Spanish and Chinese at Key Stage 3 as part of its mission to shape world citizens. Want to learn more? We spoke to its Head of Academy, Gilzee Landman about her plans for the new academy.

Our academies’ successes are down to the dedicated teaching and support teams behind them and we are always looking for more driven, inspired staff to join the Federation. We provide outstanding training programmes through our teacher training schools as well as dedicated pathways for wherever you are in your teaching career. Are you a graduate or NQT? Find us at your nearest Careers Fair to learn more about how we can support you in your teaching journey. Are you an experienced teacher looking to excel in your next role? Click here to find vacancies near you. Whatever your career ambitions, Harris is dedicated to support and develop the leader in you.