The Harris family is incredibly proud of 16-year-old diver Andrea Spendolini-Sirieix from Harris Academy Bermondsey who has been named BBC Young Sports Personality of the Year. 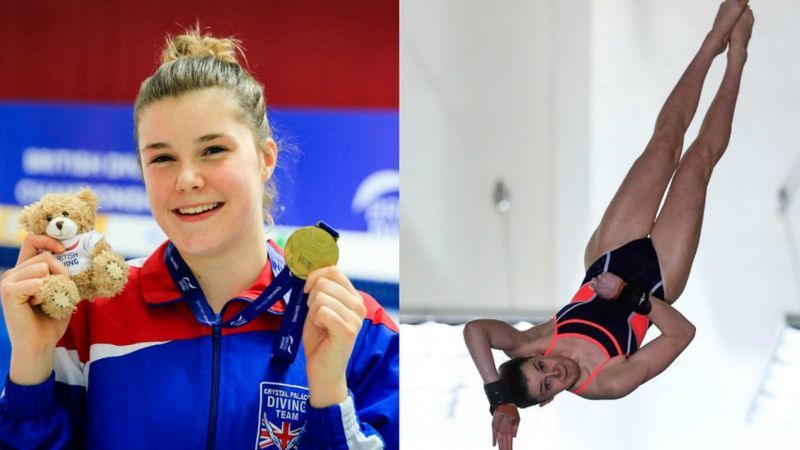 Andrea was announced as the winner on Blue Peter and will collect her trophy at the BBC Sports Personality of the Year live show on 20 December.

Andrea, who is a member of Crystal Palace Diving Club, gained her first-ever senior national crown earlier this year by winning the Women's 10m Platform event at the British Diving Championships. A month later, she repeated that success on the international stage, taking Women's 10m Platform gold at the FINA Grand Prix in Rostock, Germany.

"This award is a huge accomplishment for Andrea and is testament to her continued commitment, resilience and positive attitude towards her goals in diving, whilst maintaining her excellent academic record.

"Andrea is an exemplary role model for other HAB students and we will continue to support her as she continues to train for the summer 2021 Olympics.”

"For people getting into any sport, I'd tell them to have fun, love their sport and to really enjoy what they are doing - and to have a dream. I'm getting so far in my sport, and I am enjoying it so much because my dream is the Olympic Games. I know I can get there if I carry on with what I'm doing."

Andrea was talent-spotted several years ago by Crystal Palace Diving Club. “I was a gymnast and so quite flexible and strong, and I started doing well at diving so I stopped my gymnastics and swimming and just focused on diving, and my love for it just grew,” says Andrea.

We've been proud to report on Andrea's success over the years!

and stay up to date with all things Harris Careers!

Join us in transforming education in London!